The Power Rangers fan community is full of individuals and groups of individuals who come together to create wonderful things.  Over the years, a number of different podcasts that involved Power Rangers were released and, sadly, have died off over time.  One of those podcasts was known as the RRR Podcast (Riders, Rangers, and Rambles).  It focused on Kamen Rider (a slightly older demographic-targeted show similar to Power Rangers in Japan), both Power Rangers and its Japanese counterpart Super Sentai, and then of course, rambles from the hosts.

Now, in 2019, the spirit of the RRR Podcast has been revived and is a weekly YouTube show featuring a number of creative talents in the Power Rangers fan community (DISCLAIMER:  An editor and a contributor of PwrRngr.com are hosts of this series, however they did not contribute any input or influence any decisions in this story).  We sat down with the individual who brought the name RRR back to the forefront (and to the streets, for that matter), WillyJCoe, and get his thoughts on everything from the inception of RRR The Streets, the reactions he has received, the future of the show, and even touch base on him personally as he is an outspoken individual on Twitter in the Power Rangers fandom.  Enjoy! 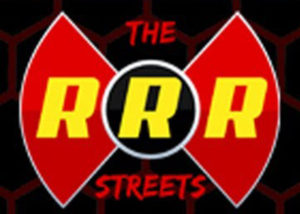 TONIGHT we’re watching the episode featuring the most iconic moment in Power Rangers history! Join us at 5pm PT/8 pm ET for our live-tweet pizza party as we watch “Trouble by the Slice” from Power Rangers Turbo on @netflix @NXOnNetflix #PowerRangersPizzaParty ⚡️🍕

⚡️We're less than 1 hour away from our #GREENWITHEVIL Watch Party on @Netflix! Wear green (Dragon Shield optional) and tag us in your pictures using #GreenWithEvil!

If you're a parent, share the greatest TV mini-series in history with your kids! @NXOnNetflix @netflixfamily

⚡️📺We're going to do a watch party on @Netflix tomorrow! What should we watch?