The next full expansion for the incredibly popular and successful tabletop roleplaying game from Renegade Game Studios, Power Rangers Heroes of the Grid, is here – and it’s none other than your favorite villains from space!  Literally!  Introducing Power Rangers Heroes of the Grid: Rise of the Psycho Rangers.  This new expansion features not only the Psycho Rangers but also the Power Rangers In Space.  The only way to get this new expansion is through Kickstarter – and we have great news:

Click here to back the Power Rangers Heroes of the Grid: Rise of the Psycho Rangers Kickstarter and support PwrRngr.com in the process!

We have full details and full art assets below!  Click “Read More” to get the rest of the scoop!

Power Rangers Heroes of the Grid is the popular tabletop roleplaying game where you and a handful of your friends can take on the role of your favorite Power Rangers and save Angel Grove (or even reality itself) from the various villains of the Power Rangers Universe – Lord Zedd, Rita Repulsa, Goldar, Lord Drakkon, and more.  Originally launched as a Kickstarter campaign back in 2018, it became fully funded at a whopping $705,087 hitting every stretch goal.

Ever since, the game continues to become fully funded within hours of launching new campaigns.  It speaks volumes to the team at Renegade Game Studios for creating masterpiece after masterpiece for Power Rangers fans and collectors as well as those who love tabletop roleplaying games.  So let’s break down what’s new in this latest Kickstarter! 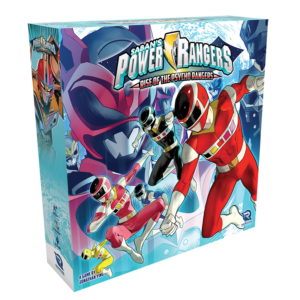 Included in Power Rangers Heroes of the Grid: Rise of the Psycho Rangers is… ($60 Pledge)

Also launching with this next phase of the Kickstarter is a new villains pack – Villains Pack #2! 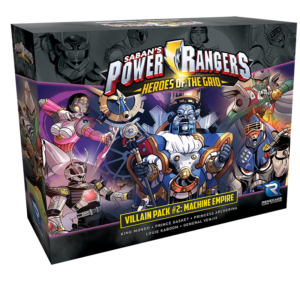 Last but certainly not least is a card storage box for all of your cards for Power Rangers Heroes of the Grid!  The best news though – it is absolutely free and included in your $100 pledge when you select “Just the New Stuff”.  It’s a $25 value but with that gorgeous artwork on it we would say it’s priceless. 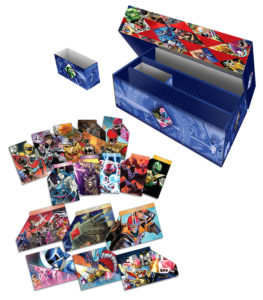 What are you waiting for?

Head over to the Kickstarter page and make your pledge today!

Heads up #PowerRangers fan, RangerBoard is coming in hot with a first look at the new #LightningCollection Cog 2-pack!

Reply with ⚙️ if YOU plan to army build as well!

Is the new movie coming in 2023, we asked. Not anymore, according to this convention...

UPDATE on this story - the Licensing Con website has now *removed* the 2023 date for the 'upcoming' #PowerRangers movie.