Heroes of the Grid is still a few months away from shipping to those who backed it on Kickstarter, but Renegade Studios keeps the excitement rolling with new box art for some of the upcoming expansion packs! With the new packaging, we also get descriptions on what the expansion packs add to the game.

Lord Drakkon, an evil warlord from an alternate reality, is threatening Power Rangers across time and space! The Rangers must team up to fight and protect our world from his tyranny. Only by working together can they thwart his evil plans

This is an expansion for Power Rangers: Heroes of the Grid.

Once all five Zords have been summoned, the Rangers can unleash the powerful Megazord! Upgrade your Megazord token from the base game with this giant-scale Megazord miniature!

Face off against one of the Power Rangers’ toughest enemies ever – Cyclopsis! This War Zord, represented by a giant-scale miniature, will not go down easily.

The Power Rangers will need to intensify their attacks to vanquish these evil villains!

Swarms of foot soldiers relentlessly try to wear down the Power Rangers!

Bring extra color to the battle with this set of 14 translucent dice! 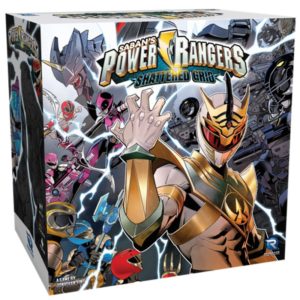 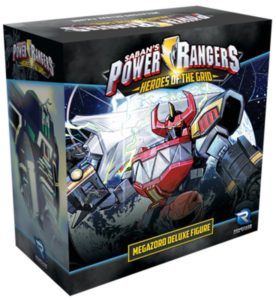 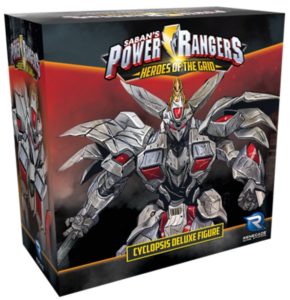 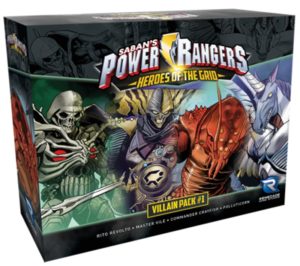 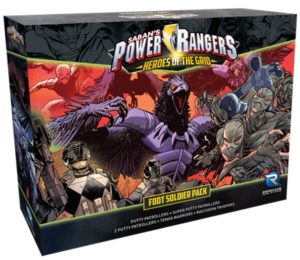 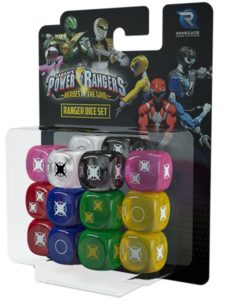 That’s not all, Ranger Nation! We still have quite a few expansion pack box art that has yet to be seen! If it’s been awhile and you don’t quite remember what comes with each expansion pack, head on over to the Power Rangers: Heroes of the Grid Kickstarter page to see all of the cool figures, cards and accessories you get!

Didn’t back Heroes of the Grid on Kickstarter? No problem! You can purchase the main game and various expansion packs here!

Power Rangers: Heroes of the Grid is a co-operative board game for 2-5 players that challenges your team to save Angel Grove from Rita Repulsa’s evil army of monsters. Work together to fight off the incoming horde while building up your strength to protect the city from the most dangerous monsters in the universe! Prepare for your destiny. It’s Morphin Time!

Male Pink Ranger, anybody? We were SO close...

Hey #PowerRangers fans! Here's your first in-hand look at the #DinoFury Amazon exclusive 5 Figure pack - including a great look at both Green and Black Rangers in figure form!

It’s here! Blue does have the fixed helmet, the figures look great but the swords are loose in tissue paper and somewhat bent (nothing some heat won’t fix). Only complaint is this shouldn’t have been the way to get the swords #powerrangers #dinofury @PwrRngr @JohnPGreen 4

Fly into a MEGA weekend full of positivity (just watch out for pesky water bottles).

Well, what do we think #PowerRangers fans?

Oh, not about the artwork. We know it’s amazing. This Green Ranger tease is simply incredible. That Z detailing? Yes!

What we want to know...is when will Hasbro HIRE @TokuJay for his outstanding design skills?!?!

For those who have asked... not long left to go now :)

Can you spot the homage included in the shield design?

Hey #PowerRangers fans, which #RedRanger has your


Error: API requests are being delayed for this account. New posts will not be retrieved.