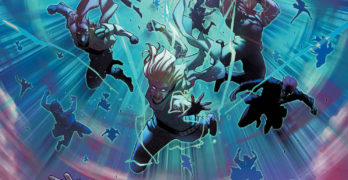 SYNOPSIS The Power Rangers are outnumbered! Even with THE OMEGA RANGERS and the POWER RANGERS reunited again, The Anointed have them surrounded. Will the arrival of an old friend—and an older enemy turn the tide in this battle? STAFF REVIEW This is it folks, the penultimate issue of Necessary Evil (for Mighty Morphin at least)! […] 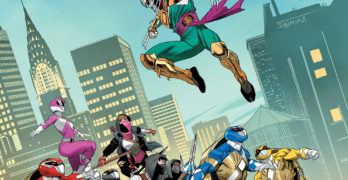 SYNOPSIS It’s the Teenage Mutant Ninja Turtles and the Mighty Morphin’ Power Rangers as you’ve never seen before vs Shredder! STAFF REVIEW Turtle Rangers and Ninja Rangers… YES! It’s finally happening and it is what all of us have waited for. Well, everything I have waited for at least. The Ranger teens get a chance […] 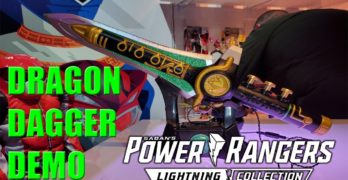 At Toy Fair 2020 we were given a demonstration of the upcoming Power Rangers Lightning Collection Dragon Dagger by Mona Hwang, Global Brand Development & Marketing for Power Rangers.  The Dragon Dagger has the following features: 3 different modes of play (unofficial names) Ranger mode (allows you to press the buttons to play flute sounds).  […] 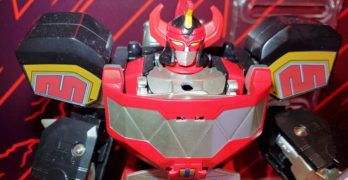 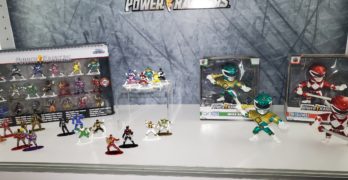 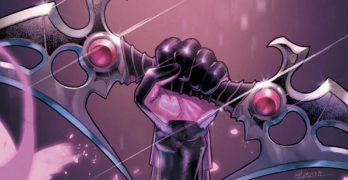 SYNOPSIS After the shocking reveal of the last issue, the Rangers are beset by enemies on all sides—even their own. Tensions mount between Tommy and Jason in the fallout over the Omega Rangers secret identities.Will the two teams be able to work together in time to defend against the next attack? Don’t miss the return […] 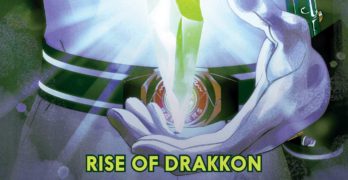 Two new listings have been discovered on Amazon.com for upcoming BOOM! Studios releases for Power Rangers.  Fans of trade paperbacks and the hardcover collections will be thrilled to see them continuing. First off – Mighty Morphin Power Rangers Beyond the Grid will be receiving a hardcover release making it the fourth such set available.  It […] 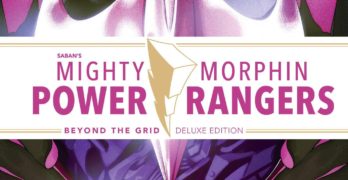 A NEW TEAM OF POWER RANGERS IS HERE! After the stunning conclusion to the hit comic book event Power Rangers: Shattered Grid, an all-star team of Power Rangers are drawn together from across time and space to combat a never-before-seen evil. But even with Ranger Slayer (an alternate universe version of Kimberly Hart, the original […] 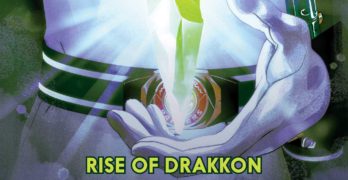 THE ULTIMATE LORD DRAKKON COLLECTION. Lord Drakkon—a twisted alternate-reality version of Tommy Oliver (AKA the Mighty Morphin Green Ranger) – is one of the deadliest foes the Power Rangers have ever faced. Now, for the first time, discover this collection spotlighting one of the most popular Power Rangers characters of all time like you never […] 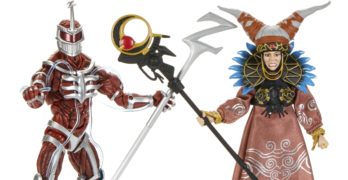 The New York City Toy Fair 2020 is right around the corner.  Heading in to the show we have our first look at a brand new Lightning Collection exclusive.  The Lightning Collection Rita Repulsa and Lord Zedd 25th Wedding Silver Anniversary Two Pack is exclusive to GameStop in August 2020.  Some of the key details […]

⚡️📺We're going to do a watch party on @Netflix tomorrow! What should we watch?

This is awesome!!! Thanks for sharing! Loved the Beast Morphers, SPD, and Dino Charge masks :) #PowerRangers

@PowerRangers @PowerRangersNOW @PowerRangerTalk @PwrRngrSite my son asked me to make him a Power Rangers Putt Putt hole https://t.co/vgxtcBpRWx trying to find ways to make them smile through this tough time. May it bring joy to others as well. #PowerRangers

It's official - your #PowerRangers comics will be on hold during this pandemic - no digital content while physical print is on hold.

We will look in to and share with you anything your favorite creators choose to do to keep an income coming whether it be commissions, etc.

Come on gang! Let's get #mmprthemovie trending! Throw in the DVD, log in to @hulu and join @PowerRangers in quite possibly the most fun and 90's evening you'll have during quarantine!