The Power Rangers franchise has survived yet another decade albeit by the skin of its teeth.  The “2010’s” are about to end and to say it was a crazy decade would be an understatement.  The brand changed ownership twice, had a flop of a movie, and for the first time ever saw a new company making the toys.  In Facebook terms, Power Rangers would put its relationship status as “It’s Complicated”.

We asked the staffs of both PwrRngr.com as well as TokuNation.com to rank all ten of the Power Rangers shows from this past decade.  Some participants chose to expand on their rankings and share them with you.  The rules are simple – 10 shows, ranking something 10 makes it the least liked show, ranking it 1 makes it the most liked.  The shows in question are:

The results below are taking the average rating of each show from ALL of our participants, not just the ones with quotes or who chose to share their lists. 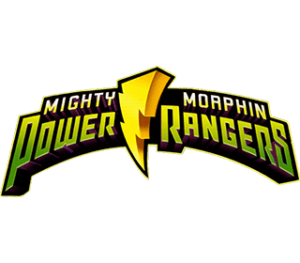 As Disney struggled with what to do with a boys property it no longer wanted the answer became obvious to them – attempt to milk the iconic show from 1993 but accentuate the 90’s part.  The result was a show that doesn’t age very well with added photoshop effects, transitions, and cuts.  Think “Transformers Generation 2” cartoon but worse – really, really worse.

“Please don’t watch this.” – Ranger Liz
“If you like Mighty Morphin Power Rangers just watch the original.  This didn’t need to exist.” – Long’s Toys
“This show was nightmare fuel for everyone who hates MMPR.” – TokuChris

That’s not flatulence that you smell – it’s the stinker of a season that was Power Rangers Ninja Steel.  Deciding to push the brand in to the dark ages the powers that be amped up the childish humor to 10 and the result was two side-characters – Victor and Monty – who routinely held the narrative hostage.  While their performances were memorable for a variety of reasons, it was the narrative decisions to focus on flatulence as the main humor gag that killed the show.  An incredibly weak toy line was the final nail in the coffin for Saban Brands and Bandai as the toy rights – and eventually the brand itself – would be sold to Hasbro in early 2018 (final sale of the brand finalizing in June 2018).

“Why did this season have to suck so bad?  We had Peter and Kelson!  Where were the writers?” – Ranger Liz
“Ninja Steel wasn’t amazing!!!!  Have you recovered yet?  Let’s move on.” – Long’s Toys
“How do you absolutely tank a somewhat decent brand?  Let Saban Brands and Bandai show you how.” – TokuChris

There isn’t much to say about Power Rangers Super Ninja Steel that isn’t said in the previous ranking.  The story improved slightly and there was the 25th anniversary episode featuring your favorite Power Rangers like Tommy, Dr. Oliver, and evil robot Tommy.  We also got a new entry in to lore with the Master Morpher which allowed Tommy to morph in to all of his Power Rangers suits, which immediately had every prop maker from sea to shining sea creating custom replicas for Tommy and any other Power Ranger who had more than one suit.  But hey, Victor finally got his final trophy and that’s all that matters.

“I hated the fact that I hated watching this.” – Ranger Liz
“Calvin and Hayley only hold hands?  How did we manage to go backwards in 20 years?” – Long’s Toys
“I still firmly believe the story for ‘Dimensions in Danger’ was ripped off from BOOM! Studios and Kyle Higgins (Shattered Grid) despite what anyone involved in the show says.” – TokuChris

It is so iconic that the one episode that every Power Rangers fan was looking forward to – Legendary Battle – was the biggest letdown of series that was nothing but letdowns.  Perhaps the Sentai version of the show – Gokaiger – set the bar way too high for fans who had seen it or maybe Jonathan Tzachor (Executive Producer) just didn’t grasp how big a deal that moment was supposed to be.  Whatever the reason, Super Megaforce was a Super Mega Let Down, Legendary New Powers and all.

“Gia. <3” – Ranger Liz
“Wondering why this wasn’t higher or lower on the list?  There’s a simple explanation for that.” – Long’s Toys
“I wish they explored the romantic relationship between Troy and Robo Knight more.  They were really breaking barriers with where that story was headed.” – TokuChris

The hype machine for Power Rangers was in full effect when Saban Brands purchased back the brand from Disney.  They created a new version of the original theme song and Nickelodeon played more promotions for the show than we had seen since the days of Fox Kids.  Furthermore, the show was being shot in New Zealand in widescreen high definition which was a first for the brand.  However, the decision to skip the first two episodes (to get straight to the action following the hype) and the rushed “Google translate” job on the story with rough acting caused many fans to be disappointed in the season.  Hindsight, however, has helped this show in the long run – whether because it was “not as bad as the worst” or it just wasn’t that bad overall is up to you.

“You get Paulie back (Paul Schrier, “Bulk”) and I would watch that guy do anything, he rules.” – Long’s Toys
“Bulk and Skull, Cole as a villain in love with a sword, and Spike … what’s not to love?” – TokuChris 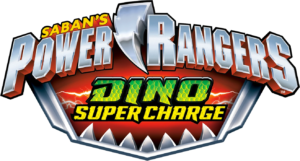 There was a slide in quality towards the end of Power Rangers Dino Charge and the whispers had it that Haim Saban himself wanted more campy humor in the show (which would result in what we know as Power Rangers Ninja Steel).  There were so many missed opportunities in the second half (Heckyl not getting to use the Deathryuger suit being tops) and choices that felt rushed (Surprise, it’s Zenowing! or Crap we need to use more Kyoryuger footage meet Chaos and he’s gone) which resulted in the show falling out of favor with a lot of fans.

“After Dino Charge, I had high hopes for this show.  But they were squandered.” – Long’s Toys
“It felt like the writers were let loose during Dino Charge and quickly reined back in for Dino Supercharge.  They started writing down to their demographic instead of allowing the demographic to rise to their level of story-telling.” – TokuChris

The 20th Anniversary of the Power Rangers franchise started off with a teaser trailer for Power Rangers Megaforce and included the one thing everyone was hoping for – the Legendary Battle.  We even got a snippet of the upcoming battle in the very first episode!  From there we proceed to a mimicking of Mighty Morphin Power Rangers – five teenagers with attitude chosen by Zordon’s chosen Guardian of Earth to protect their city and their fro-yo at Ernie’s from aliens bent on conquering the Earth.  However, the brand had been revitalized thanks to the popularity of Samurai and we received a collectible card game that worked with the morpher, fun collectible zords, and that carrot on a stick that the infamous Gokaiger suits would be used in the second season.  Oh to be so naive again.

“Somehow, someway, THIS was the season that I came back to Power Rangers with.” – Ranger Liz
“I appreciate having another hangout spot run by a dude named Ernie but he wasn’t as close to how cool the original was.  Seriously, go back and watch MMPR.  Ernie was a pimp.” – Long’s Toys
“Everyone forgot that Emma was this amazing BMX’er.  Even Emma.” – TokuChris

Maybe it was the fact that Super Samurai got to translate some of the more involved stories from it’s Sentai counterpart Shinkenger.  Or maybe the writers had a sliver more time to hammer out better stories.  Whatever the case, Super Samurai was leaps and bounds better than Samurai and more importantly gave us our first real female Red Ranger in Lauren Shiba.  As time passes her popularity continues to grow and she is a sought-after guest by many fans at Power Rangers conventions.  If Samurai was a learning experience, Super Samurai was an immediate reaction to said learning experience.

“I watched an episode or two with the sword guy.  Always talking to his sword Mimosa or whatever.” – Ranger Liz
“I really enjoyed all the power ups – cockpit football pad armor mode, white trench coat mode, roided out samurai armor mode … it’s possible I don’t remember their official names.” – Long’s Toys
“Lauren joining the team so late in the season allowed the writers to explore the dynamic of not being the super duper happy team that they had been portrayed as for 1.5 seasons.  It made the characters feel more real and elevated your interest in what happened episode to episode.” – TokuChris

It started with a theme song.  After four years of having the same theme song, a phone app for the upcoming toys played an instrumental of the theme song which was drastically different.  A few days later the actual theme was released and it was new, it was different, and it was good.  The premiere was also incredibly fun – it focused on two Rangers (Tyler and Shelby) instead of a whole team, and we were introduced to the team one by one until we got to five.  From there you have such iconic moments like the Knights of Amber Beach, the Purple Ranger, and all the hijinks of Poisandra and Curio.  Power Rangers Dino Charge was a hit with fans, with kids, and the toys were the most successful of the entire “Neo Saban” era.

“KODA!  KODA!  KODA!” – Ranger Liz
“This started out with so much promise … this show should have had it all.” – Long’s Toys
“This was the first time in years that I rushed out to stores looking for new toys.  This show captured everything I loved about Power Rangers growing up but with that mid 2010’s look and feel.  This will always be the height of Power Rangers in the 2010’s for me.” – TokuChris

The show they all said would never be adapted got adapted.  The Power Rangers Beast Morphers announcement at Toy Fair 2018 took the Power Rangers fandon by complete surprise and even got fans who had been chased off reinvested in the brand.  With the hopeful eyes gleaming towards Hasbro for guidance the sky was the limit – and in terms of the television show, fans were rewarded with their patience.  Power Rangers Beast Morphers is the strongest show narratively in easily a decade with a lovable cast of heroes and villains that has you emotionally invested in their progression.  While portions of the comedy from Ninja Steel/Super Ninja Steel bleed over it doesn’t deflect from the overall story or the fact that this is a show about Power Rangers and not their comedy relief sidekicks.  What a perfect way to end a decade.

“Blaze and Roxy SAVED THE DECADE for Power Rangers!  Don’t forget Scrozzle too!” – Ranger Liz
“Let’s be honest – this show does some of stuff that Saban Brands used to do but we look past it because we have a show that doesn’t suck.” – Long’s Toys
“This series ends up as #2 on my list because while it does seem to do everything right it just didn’t catch the same lightning in a bottle for me that Dino Charge did.  But if this is an indication of the future of Power Rangers then we have nothing to worry about.” – TokuChris

How about some Saturday morning Acapella for you? Check out #PowerRangers Samurai theme by Triforcefilms on YouTube!

Host @trekkieb47 gives his spoiler free review of the upcoming MMPR Issue 47. To note, Trini is a standout character in this issue. Definitely pick it up this Wednesday from @boomstudios!

He's back with another cover! @nstens1117 absolutely KILLS IT with this #PowerRangers Lightspeed Rescue theme song cover!