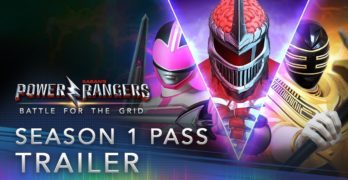 Announced today from nWay Games: Power Rangers: Battle for the Grid v1.3 has been released!  Introducing three new characters for the Season 1 Pass, balance changes, matchmaking updates as well as CROSS-PLAY and CROSS-PROGRESSION for Xbox One and Nintendo Switch; this update is a major boost for the game. Check out the full details below as […]

Every other Ranger when JDF hears about a #PowerRangers anniversary special…

What are they looking at? ⚡️
Wrong answers only

More in-hand pics in this thread from @whenaiyy of the upcoming (and not yet announced) Dino Thunder Yellow #LightningCollection figure!

Let's say you had to wear a #PowerRangers Megazord outfit for an *entire day* - which do you think would be the most comfortable to walk around in? 🤔